A DIFFERENT PATH — The interview with Comatose creator, Wally Nguyen

I believe the phrase is that “comedians are usually the most serious of people, prone to depression, crying behind the laughter”.

Artists and creative people are indeed a quirky bunch. Can you blame them? It’s a solitary road to draw things in your mind and to find meaning in the simplest of creative expression. They usually spend time in their own heads more than dealing with the outside world and should they have families of their own–large amounts of time is sacrificed in pursuit of their work. It’s downright lonely and it’s what has drawn me to working with creative folks for nearly two decades.

So, I knew going into this effort of starting my own company, MyFutprint was going to be tough. Despite a fairly successful track record in the videogame industry, I KNEW that Saturday AM was going to be downright impossible! Launching a new brand that features some of the BEST talent in all of the World Wide Web is just fantasy–it’s like assembling Marvel’s the AVENGERS when your superhero name is Crazy Hair Larry.

Still, we’re here. Saturday AM exists; has a decent social media presence and a strong list of creators and concepts. I’d be lying if I said I wasn’t terribly impressed with all of the creators we’ve gathered (we selected them all) but one of them has me equally intrigued. His name is Wally Nguyen.

Wally speaks with a faint Australian accent (fitting because he is wrapping up his studies) and more importantly, the native Vietnamese is the creator of the webcomic COMATOSE. My introduction to him was a video chat where I spied a slightly built young man with a biting wit, a distinctive drag of his cigarettes that would (and did!) leave one to believe it was a perpetual habit and a flair for being different. I didn’t think he was different because his comic is one of the more strange and introspective webcomics I’ve found but because it seems to be at one with Wally.

The last thought really stuck with me. When I watch artists like Whyt Manga, creator of Apple Black–they just look so explosive–so complete and bombastic that you are swept up in anticipation of their blockbuster moment Like the MAXX was with Sam Kieth–COMATOSE feels instinctively part of Wally.. It and he are different. This idea intrigued me a great deal! Over the year that I had scoured the internet for talent, I had both seen Wally’s work on my own as well as by others who recommended it over time. It didn’t seem to fit Saturday AM for various reasons and yet I kept coming back to it. In many ways…it was one of the most critical pieces of the puzzle.

The daring, out of left field, webcomic. Wally IS different. Nothing about Comatose appears to be safe. I don’t look at his work looking for a blockbuster but for a journey that will take some very odd turns, seemingly unnecessary paths that turn into impressive and haunting vistas. Having dealt with many artists over the years and being a good decade older than most of the Saturday AM crew—I can see traces of Wally’s creative rebellion as just another thread of young adult angst…but there is a glimmer in he and his work. A hint that I’m seeing something off to the side that may force its’ way through or stumble into view but regardless, I FEEL that Wally is going to surprise many people with his work. I  still am intrigued by this singularly thrilling talent and here is his interview!

MyFutprint: Wally–you have an interesting background. You are in Australia now for school and you are a native Vietnamese. I bring this up because your work seems so fresh. Your style is so distinctive where at once I see manga within it and at other times I see a bit of indy American draftsmanship.

Wally Nguyen: It’s a funny mix between a host of different things. As a kid I was exposed to late-80s manga series like Black Jack (darker, psychological, more mature) and Touch (sports, drama, slice-of-life seinen). Later on, it was Slam Dunk that really impressed me. At the same time, I also watched lots of superhero cartoons on TV back in the day, namely Batman: The Animated Series and Superman: The Animated Series. I also watched many American, Japanese and French movies as a kid. All of these things contribute to the style I have now.

MyFutprint: Ahhh! Yes, Batman: The Animated Series is still just perfection for mature animated storytelling. Now, you are multi-disciplined and many of your fans recognize that you have worked in digital, acrylic and other formats. What do you personally see as the future for art given that we are seeing more and more digital tools emerge to help guide young artists (much like Instagram is credited/ blamed for adding photography embellishments to photography novices) create works?

Wally Nguyen: Technology has come a long way, that’s for sure, but I do think nothing takes away the traditional practice that’s been around for a long time. Painting, sculpture and other traditional art making methods have been prevalent for ages and for a reason. They’re certainly here to stay. Digital media offers an additional art making medium that people can utilize. However, if one truly wants to be an explorer in the art world, it’s always better (and more fun!) to try out everything.

MyFutprint: Agreed–I’ve literally tried every genre of comic, anime and the like for my own creative journey. While I would argue Digital is the dominant space now–to exist solely in that space without any sense of traditional methods means your work will lack that something tangible that all art exudes. Anyways, what works do you follow now? Do you actively read comicbooks today? Are you a fan of anime/ manga?

Wally Nguyen: I can’t say I read a whole lot of comics these days, mostly due to time constraints. I do keep up with Onepunch-man by Yusuke Murata and Naruto– albeit mostly as a habit. I actively try to keep up with one or two anime series every season. The year before, it was Psycho-Pass and Shinsekai Yori, earlier this year it was Shingeki no Kyojin. Right now, it’s Kill La Kill.

MyFutprint: We’ve all (Saturday AM creators — FRed note!) talked about Murata-sensei! I’ve been a fan of his sense Eyeshield 21 and believe he is truly doing things in the digital space that is just groundbreaking. What attracted you to Saturday AM besides Frederick?

Wally Nguyen: Saturday AM presents a unique opportunity where I can not only progress into the art world as an individual creator and make a name for myself, but to offer something more unique to webcomic creators – a chance to give brilliant artists and storytellers the exposure they deserve, and a chance for their creations to be appreciated at the value they should be.

MyFutprint: Well said! Do you believe that we are on the cusp of a breakout hit amongst webcomics as an art form??

Wally Nguyen: Saturday AM is still in its infancy, but with the talent and enthusiasm from everyone on the team, I have no doubt that it will be a huge success. We are changing the face of webcomics.

MyFutprint: Frederick has responded that Comatose reminds him of some of the classic independent comics of the 80’s like Nexus, Badger, Swamp Thing (Alan Moore era)—how do you see Comatose?

Wally Nguyen: Comatose is a collection of ideas and possibilities that I want to present to readers as something they can sit down over a cup of coffee and ponder. I believe there are things about our own humanity that we have yet to understand, and that understanding is an ongoing research which both you and I will be doing for the rest of our lives.

MyFutprint: What advice would you give aspiring webcomic creators/ fans?

Wally Nguyen: Lots of practice and observation. If you look hard enough, you’ll see inspiration in everything. Be whole-hearted and soulful. Every creator’s work is their heart and soul, and every reader channels their own heart and soul in order to fully appreciate a creative work. It’s an organic relationship and once you open your mind, you’ll find joy and marvel in any series you read.

MyFutprint: Thanks Wally! As we’ve all known, Wally’s presence brings a level of class, ingenuity and sheer daring to our team! We’re honored to have him a part of Saturday AM–and check the first of new his NEWS EXCLUSIVE content in the first issue–11.23.2013

CLICK BELOW FOR HIS AWESOME GALLERY AND FOR MORE INFO ON COMATOSE: THE COMIC–CLICK HERE! 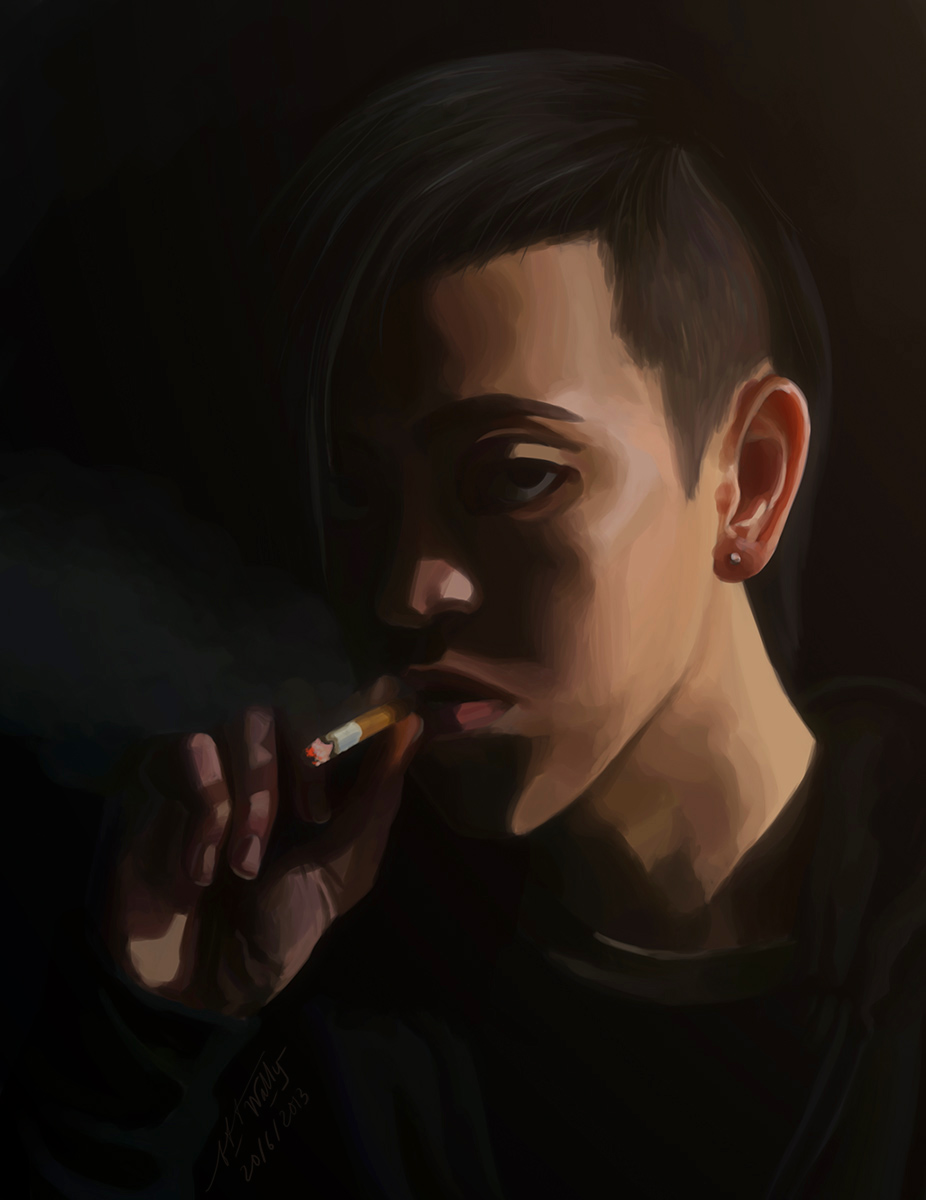 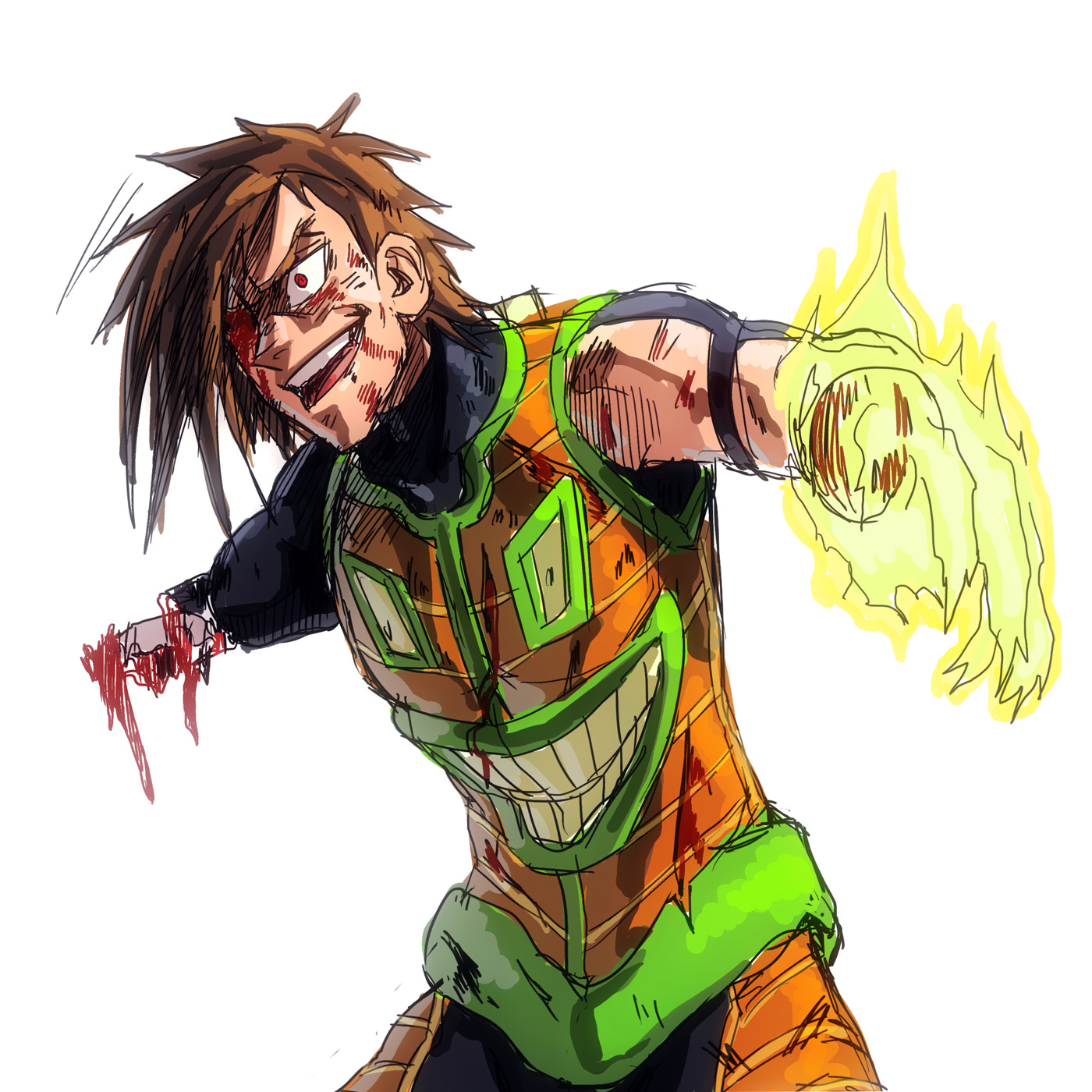 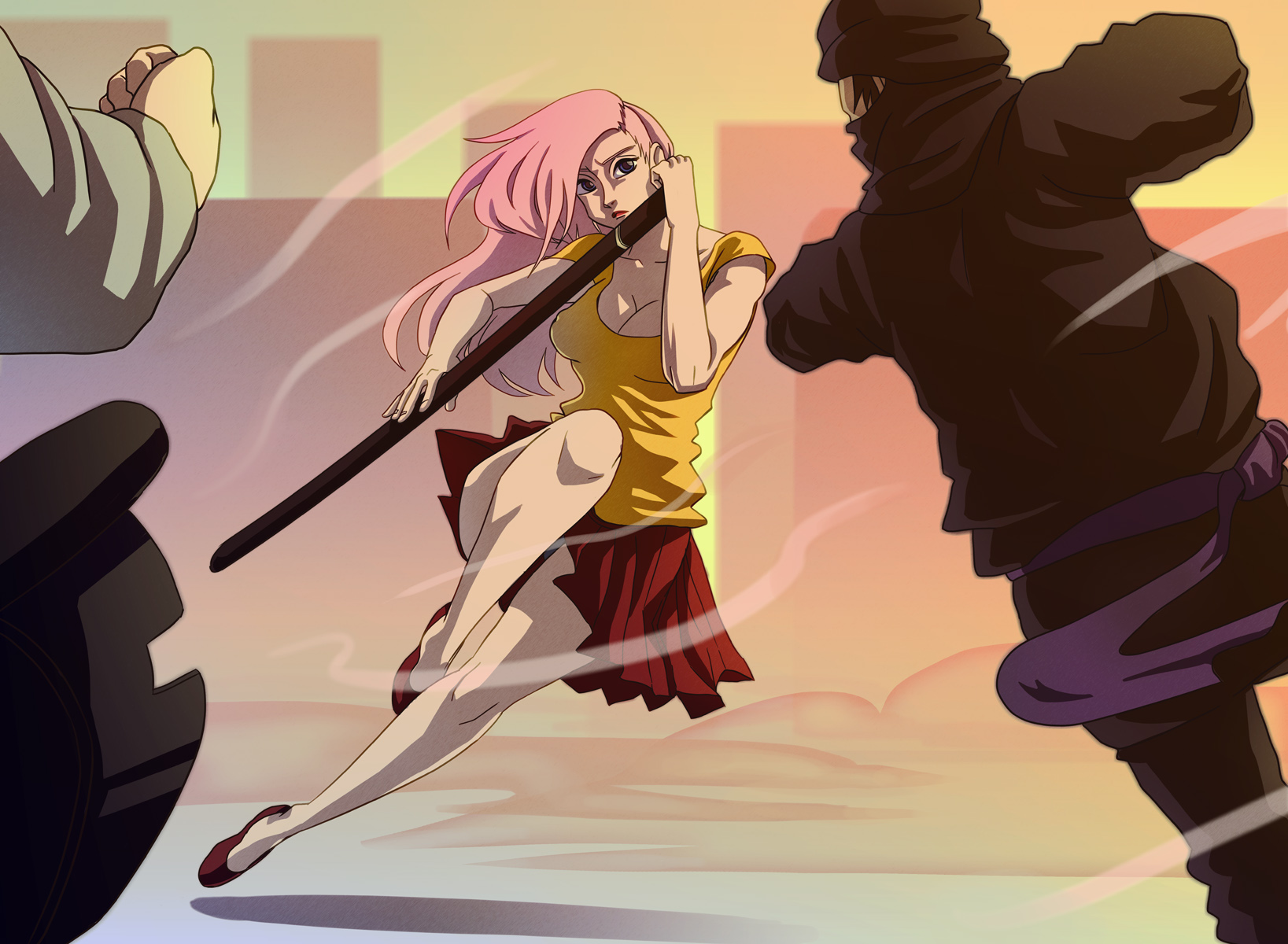 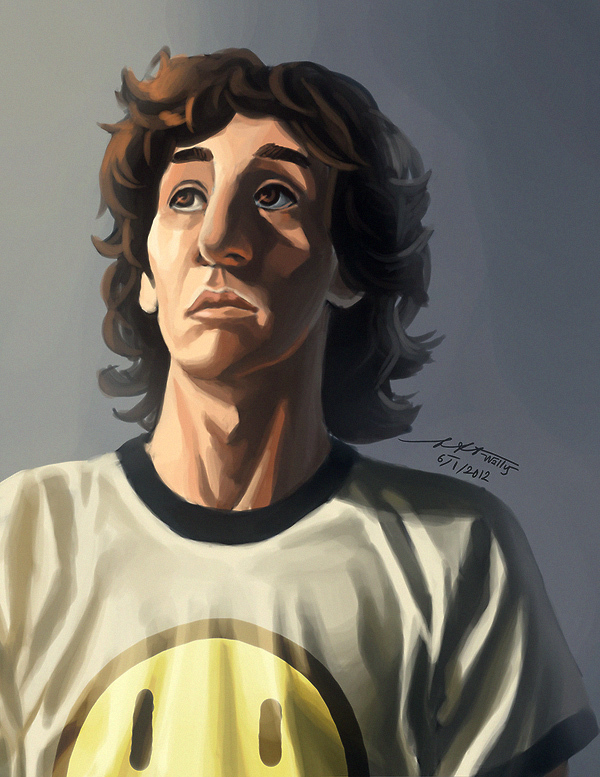 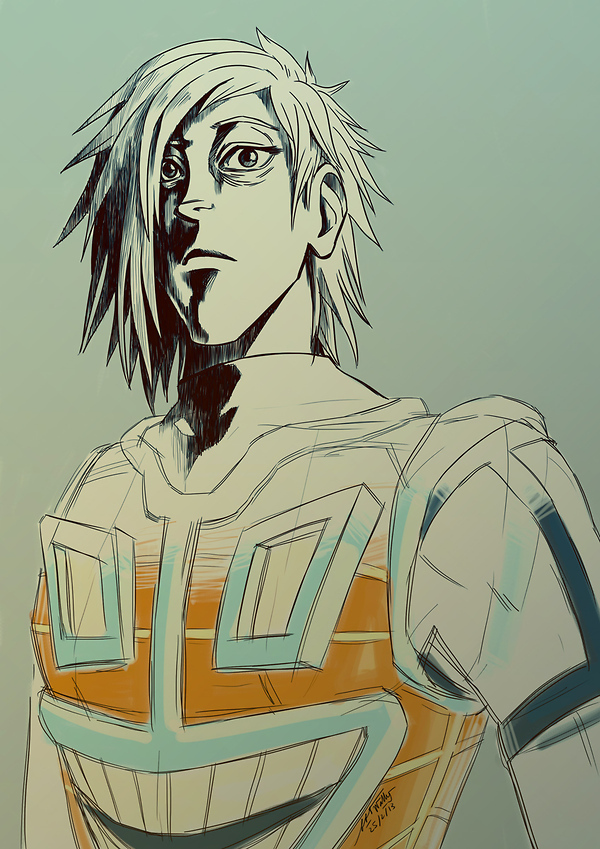 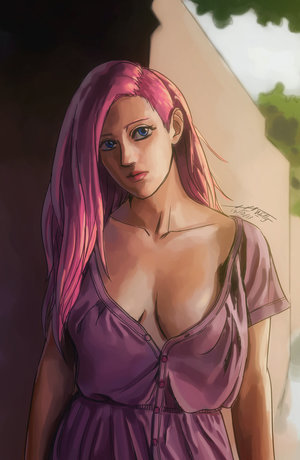 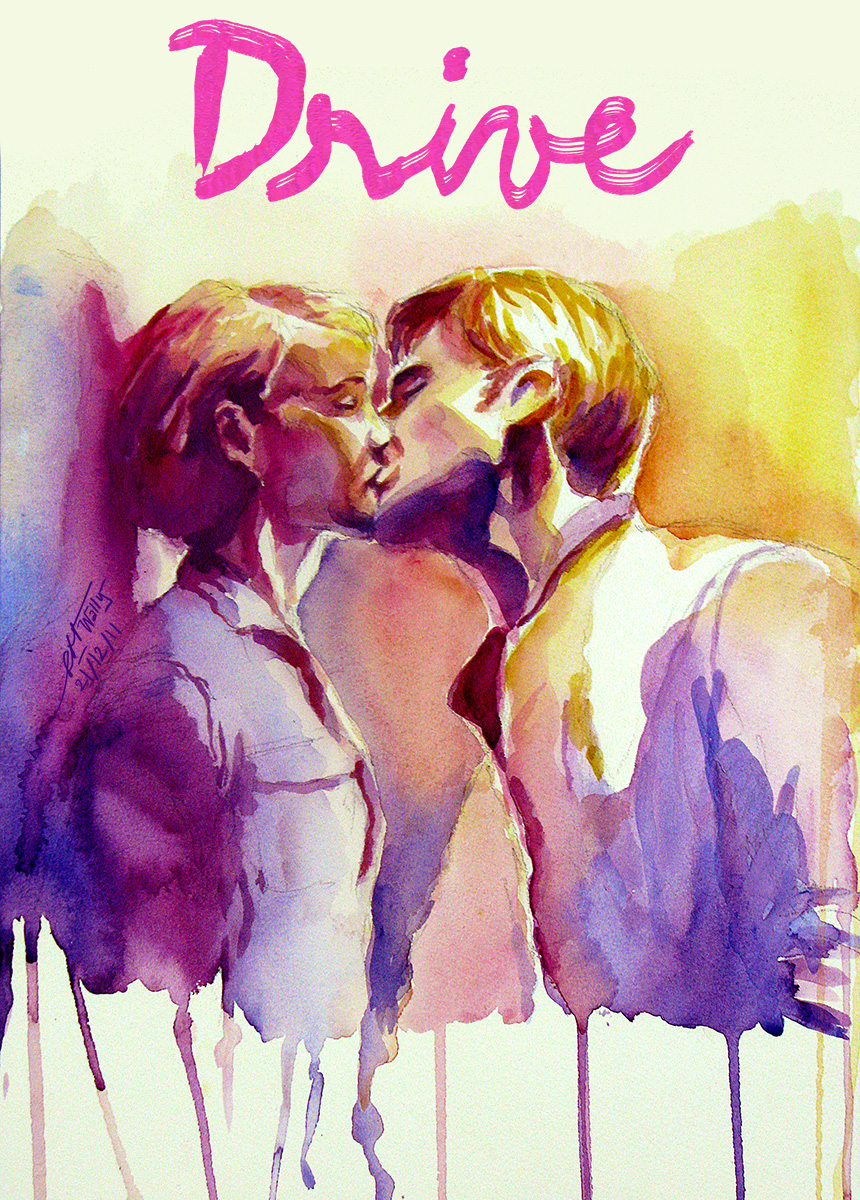