Last week was AMAZING and it’s only going to get stronger for us GEEKS.

Saturday PLUS #2 happened and KICKED MAJOR ASS with a BIG INTERVIEW from Dark Horse Comics’ SCOTT ALLIE and also we got MORE from the NEWEST and MOST PROMISING MANGA WEBCOMIC CREATORS!

But it’s been quite a week even before that.

How about the FALL SEASON FINALES of FLASH, ARROW and AGENTS OF SHIELD?

Here is our quick summation:

Easily the best comic book inspired TV show ever. This is high praise but it must be said!

DC Comics/ WB is killing Marvel on TV (which is the EXACT OPPOSITE OF THE FILM RIVALRY). ARROW is one of the most beloved superhero TV shows in recent memories that maintains a sense of the need to tell a TV show soap opera (via CW’s requirement of young pretty people) while FLASH actually sticks to the comic roots while updating the things that matter.

Why does it work? Because it’s FUN, man. After the overwrought Bruce Wayne movies by Nolan and the ridiculously poor Man of Steel, it’s so refreshing to see DC heroes who are enjoyable! Flash’s villains are fun; his sidekicks are fun; the special effects are fun and dammit the acting is FUN (even the bad guys are TV show quality evil without being too serious/ realistic or too campy/ over the top). Also, a special shout out for having a very diverse cast – Latino, gay male authority figure, serious black supporting characters and love interest and ZERO of them are portrayed in a stereotypical fashion.

The fall finale wrapped up several season mysteries from who is the Reverse Flash to will Barry tell Iris how he feels and then introduced several ideas such as how does Firestorm exist and why was there a red blur during Barry’s mother’s death?

What a unique show…as many folks LIKE  (if not LOVE) ARROW because of it’s serious nature (ala Nolan’s DARK KNIGHT) yet it’s approach to bridging the CW’s formula with legitimate comic book love of lore is very hit or miss. It’s not surprising to me that FLASH has overshadowed the series from the get go since Arrow’s often dour mood is then (sometimes) overshadowed by the TV-style budget Still, the set-up (a very cool flashback sequence has become the show’s narrative hallmark) and some fantastic additions into Oliver’s life (Diggle, Roy, Argus and the incredibly fun/ sexy Felicity Smoak) have helped this show become a solid peformer.

I’m still a bit disappointed at how Arrow tried to distance itself a bit from its’ comic book origins. Arrow is NOT Batman. Oliver Queen is NOT Bruce Wayne. Green Arrow operates in Star City NOT Starling City. Dinah Lance is Black Canary-NOT Sara Lance. Ra’s Al Ghul is a but you would never know that from the show. Does that mean that the creators and the show do not eventually get things where they need to be? No–but it has the effect of taking a very long time. We’re 3 seasons in and we’re JUST NOW getting to Star city and Dinah as Black Canary which next to a show like the Flash (in just its’ freshman season) just seems atrociously slow.

How does it seem so fast and effortless to get to the point with a show like the FLASH and even Marvel’s Agents of Shield (which improved greatly in the last 8 episodes) while Arrow moves at a snail’s pace? This is what has bother with DC/ WB’s film slate–changes for the sake of them vs. changes that are designed to make for a better experience. Flash added race to Iris West which has allowed some diversity and texture to the show–while Arrow’s attempts to drag out what we expect just seems forced. Either way, the FALL FINALE was a second to Flash in so many ways. A strong Ra’s Al Ghul performance by the actor Matt Noble and a VERY SURPRISING ENDING  (in fact, the entire ending sequence taking place on a snowy mountaintop —yet again, reminds us of Nolan’s Batman Begins) that was both beautiful and brutal.

I love the Robin Hood goatee, flaming liberal version of Ollie Queen and so I admit I have a biased AGAINST this Geoff Johns’ inspired New 52 Version of DC’s characters. but based on the debut of Wildcat, Black Canary, Flash, Atom, Suicide Squad and now Ra’s Al Ghul–it’s safe to say that Arrow doesn’t exactly steer completely clear of its’ comicbook roots and I’m excited to see where things go from here.

Which brings us to the end of our list–Agents of Shield. Hmmm. Marvel is a BEAST right now. It’s crazy how they are literally just destroying DC’s universally more recognized characters with what was C-listers only 10-15 years ago. Captain America—few people on Saturday AM’s site would have done more than laugh at the thought of a movie version of him while even fewer would have even known who Iron Man was.

My how times change. Like Apple, Disney and even some fashion brands–MARVEL Is literally the gold-standard for super-hero films and honestly, they deserve it because they embraced their characters and story lines and just WENT FOR IT! DC and others could have learned from this (which is stunning given that DC DID THIS with Bruce Timm’s animated DC Universe).

That said, one of Marvel’s biggest strength is also its’ biggest weakness has been trying to hew a direct comicbook mentality to Film/TV. Y’see it’s kind of hard to build additional memorable stories from the comics when your stars are getting A. 50 yrs old B. pregnant and/or C. angling for a better financial contract. Perhaps though the most damning thing is that with those elements comes the very real reality of finances—comicbooks have infinite budgets and movies/ TV shows do not. Guardians of the Galaxy was a revelation precisely because it was a new, non-famous (some would say odd) concept that was given a chance. I mention that essentially to explain where we are with Agents of Shield.

AoS exists on TV which aside from cable has lost most of its’ luster. It’s now relatively formulaic with carefully poll-tested storylines and “twists” alongside of model like TV-grade actors. This describes Agents of Shielf to a tee. For all of the Marvel films grandeur and colorful hot irons of comic book imagery made real–Agents of Shield feels “cheesy”. Coulsen fights men two times his size in predictably hammy fight scenes while the blank but beautiful Skye is destined for the now evil-(but is he?) Ward.

While this season has started to take shape in a (more) fun way–with the definitive reveal of the Inhumans (a rare area where the TV show is leading the films)–I find myself far less enthralled with the suspense due to some of the more hammier actions. The show  just often times feels forced. What particularly irks is the diverse cast which seems to sacrifice the black characters with minimal character development (a criticism the show has received from the start–as has Marvel’s films) in lieu of more time for either Coulsen (a character that increasingly seems like a fantasy—who are these fans who are hellbent on this character being huge to Marvel?) or the a fore-mentioned TV show staples of young model/ actors. The finale was so egregious in its’ slow mo debut of super powered Skye (now comics character Daisy Johnson aka Quake) while killing off popular yet criminally underdeveloped Triplitt that Marvel has quickly moved to advise that actor Blair Underwood will be filling in as a guest star that I can only hope will be better served with lines that say more than “yes sir”.

While Agents of Shield is a guilty pleasure–it’s only guilty because oftentimes I’m embarrassed by the show’s ambition and theatrics. Hopefully, it will improve otherwise–my interest will only intensify for Netflix’s Marvel TV shows.

STAR WARS: The Force Awakens trailer debuted to a minor nerd controversy (racists in comics???– Yes, Sally they exist) while offering a hopeful look of visuals that seem deftly superior than Lucas himself in capturing the magic of the original trilogy of films.

In fact, this is one of JJ. Abrams best strengths is aping the style visually and stylistically of theose great films of the 70’s and 80’s. I personally can’t wait and while “BLACK MAN” didn’t scare me when John Boyega popped up on the scream–I am a bit worried about the too familiar looks of things from Milllenium Falcon to Stormtroopers and X-wings/ Tie Fighters?? Consider than Hamill, Ford and Fischer are in this as Luke, Han and Leia respectively–then we KNOW this film SHOULD take place some DECADES later. Seems hard to believe that these pieces of tech are still in the universe. That said, aside from FLASH Fall Finale–I simply cannot wait for these new films. 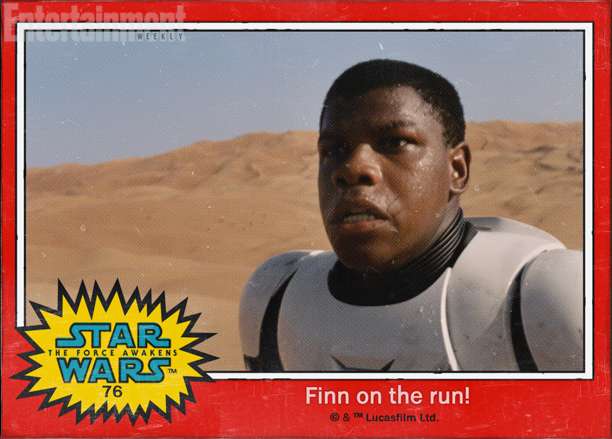 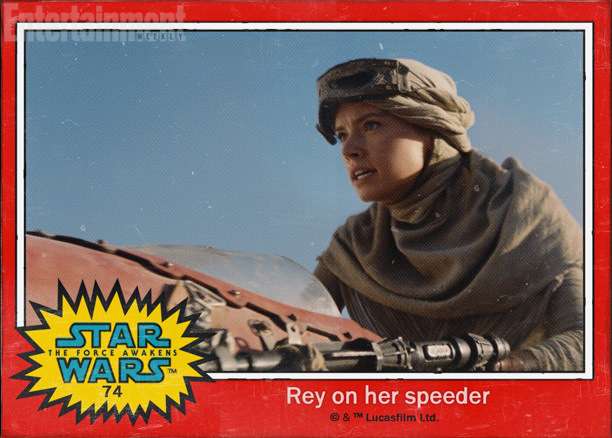 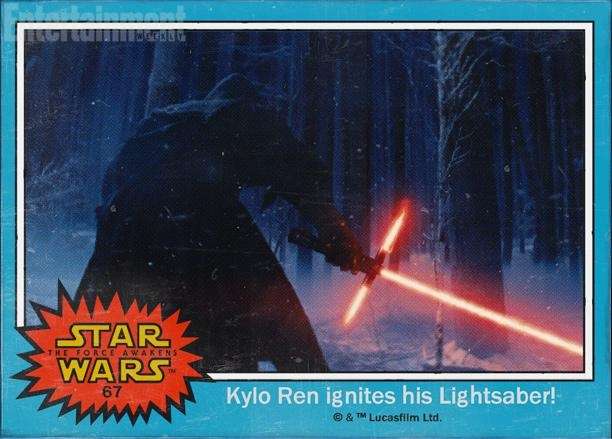 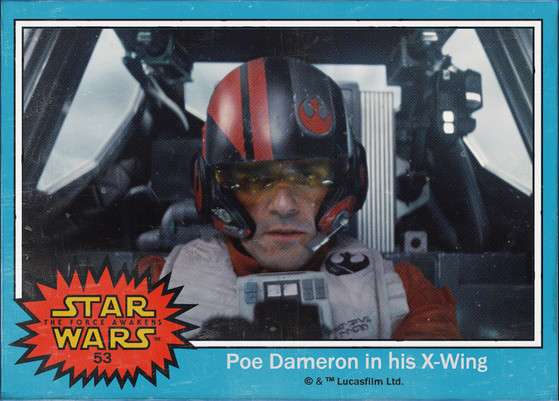