BRANDON EASTON IS THE REAL DEAL.

The brother is the definition of his own documentary as he bravely pushes through a burgeoning geek industry that STILL is too far behind when it comes to representing all facets of the diversity that supports even when it continues to inspire diversity in other mainstream media such as talking raccoons.

Saturday AM held a Q&A with Brandon recently and it was so well-received we thought we’d follow up with a written interview.

Check it out below and also learn how you can read some of his comics work for FREE as well as WIN A FREE MOVIE DOWNLOAD OF HIS NEW DOCUMENTARY.

Saturday AM: You’ve written for the new Thundercats animated show which many of us in our late 30’s to 40’s would consider a DREAM JOB! So, two questions—what went wrong with that reboot in your opinion? Secondly, what other projects would you love to work on from your youth?

Brandon Easton: The production staff and creative teams were pitch perfect in my opinion. I don’t believe there was a misstep in the writing, animation or music and I still feel that the (2011) ThunderCats series was far superior than the original show in just about every facet except the opening credits.

We had a lousy time slot (Fridays at 8:30pm). Our competition was WWE Smackdown and the problem was that the same demographic we wanted to watch ThunderCats was already tuned in to Smackdown which started at 8pm. If you’re a habitual viewer of an established show like WWE, chances are slim that you’re going to change the channel at the bottom of the first half-hour to something completely different no matter how cool or exciting it might be. By the time they moved it to Saturday mornings alongside Green Lantern and Young Justice, it was far too late.

On top of the bad time slot, there was little to no promotion of the series. There should have been billboards, more interviews with creators, countless commercials running during Adult Swim, etc. Even now, in 2014 (the series was cancelled in 2012) I run into fans who are JUST discovering the existence of the reboot. It’s nice to hear them get so excited, but it sucks because they could have been watching when the show first aired and the ratings might have been higher.

In terms of other shows from the 1980’s, I’ve come ridiculously close to working on some Voltron stuff. So close it makes me angry. LOL.

Saturday AM: You are now working on a very interesting project called Armarauders which is a toy line with comic-book tie-in. This sounds really awesome. Can you tell us more about this? When is it scheduled to come out?

Brandon Easton: Armarauders is the property of a company called Mecha Workshop and they’re based out of Asia. Former Dreamwave and IDW Transformers artist Don Figueroa (who also was responsible for many of the modern Hasbro TF toy designs) created a space adventure with mechas in the midst of a catastrophic war on an alien world. It is an amazing concept and I have to say that Don is doing the absolute best work of his career.

From what I understand, the toy line will be released sometime in the Fall of 2014, but the comics are available from the official Armarauders page on Facebook. 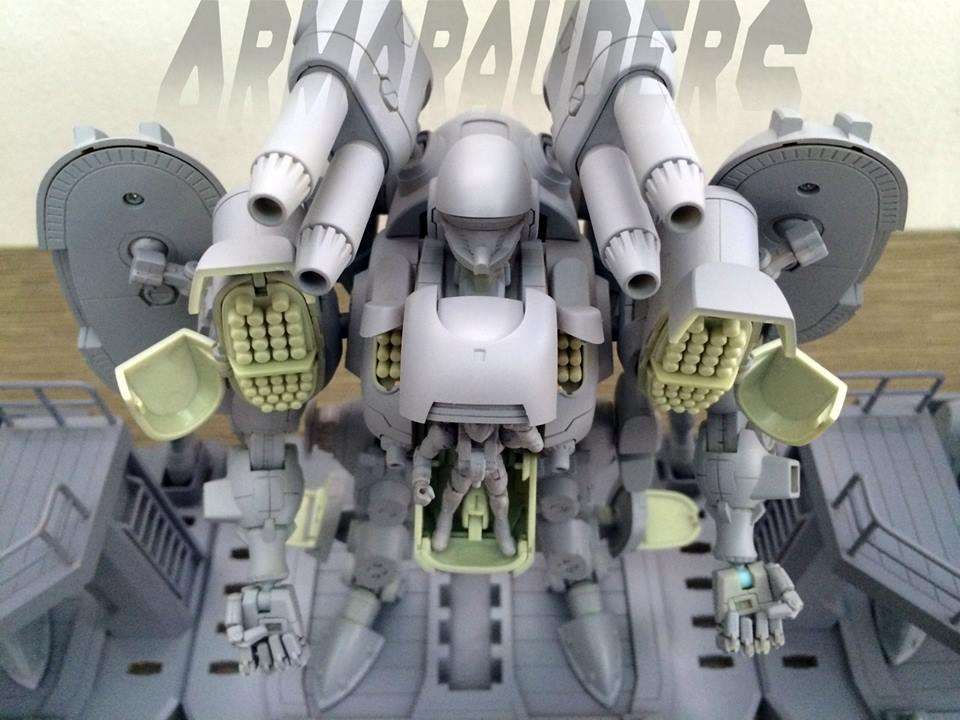 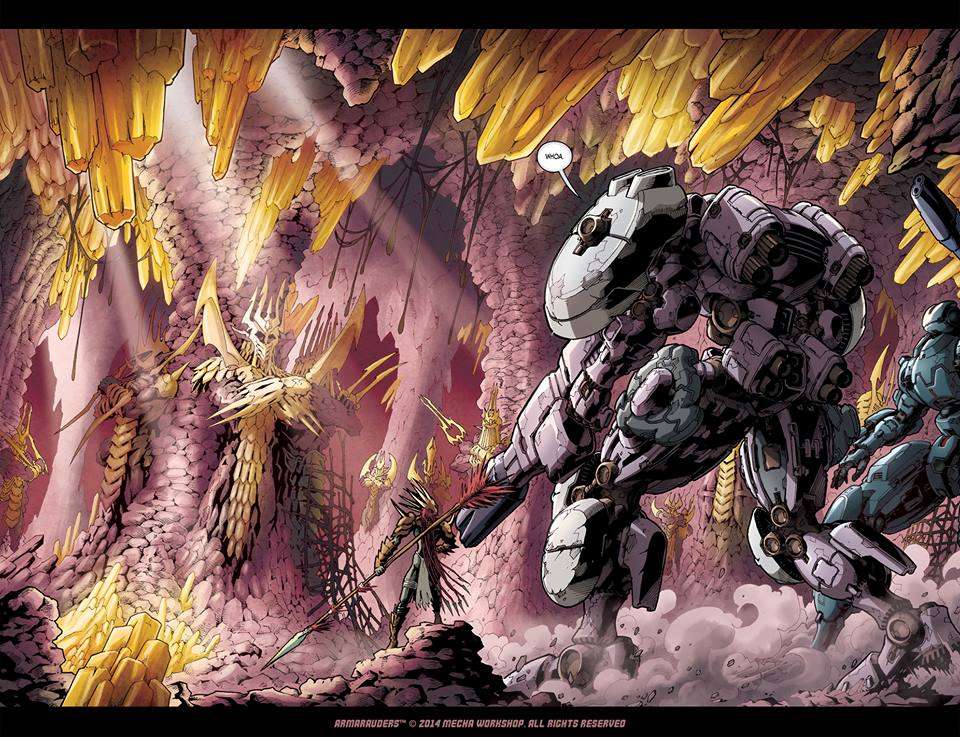 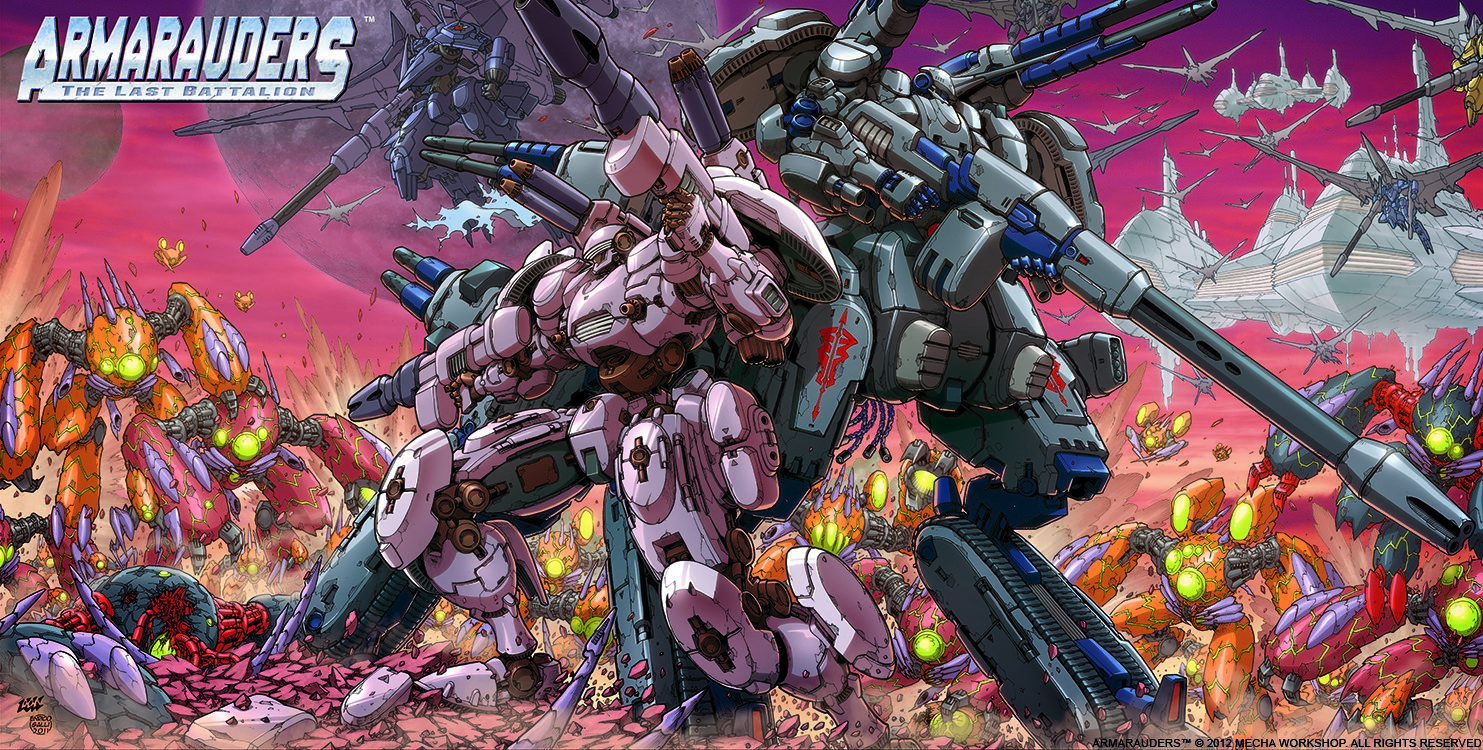 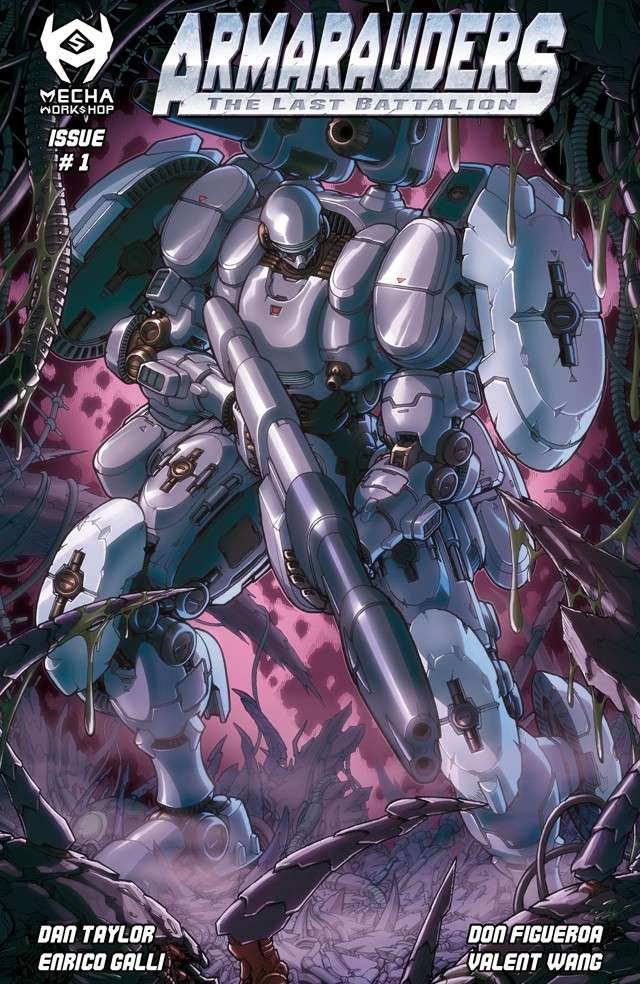 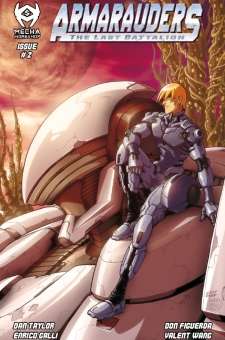 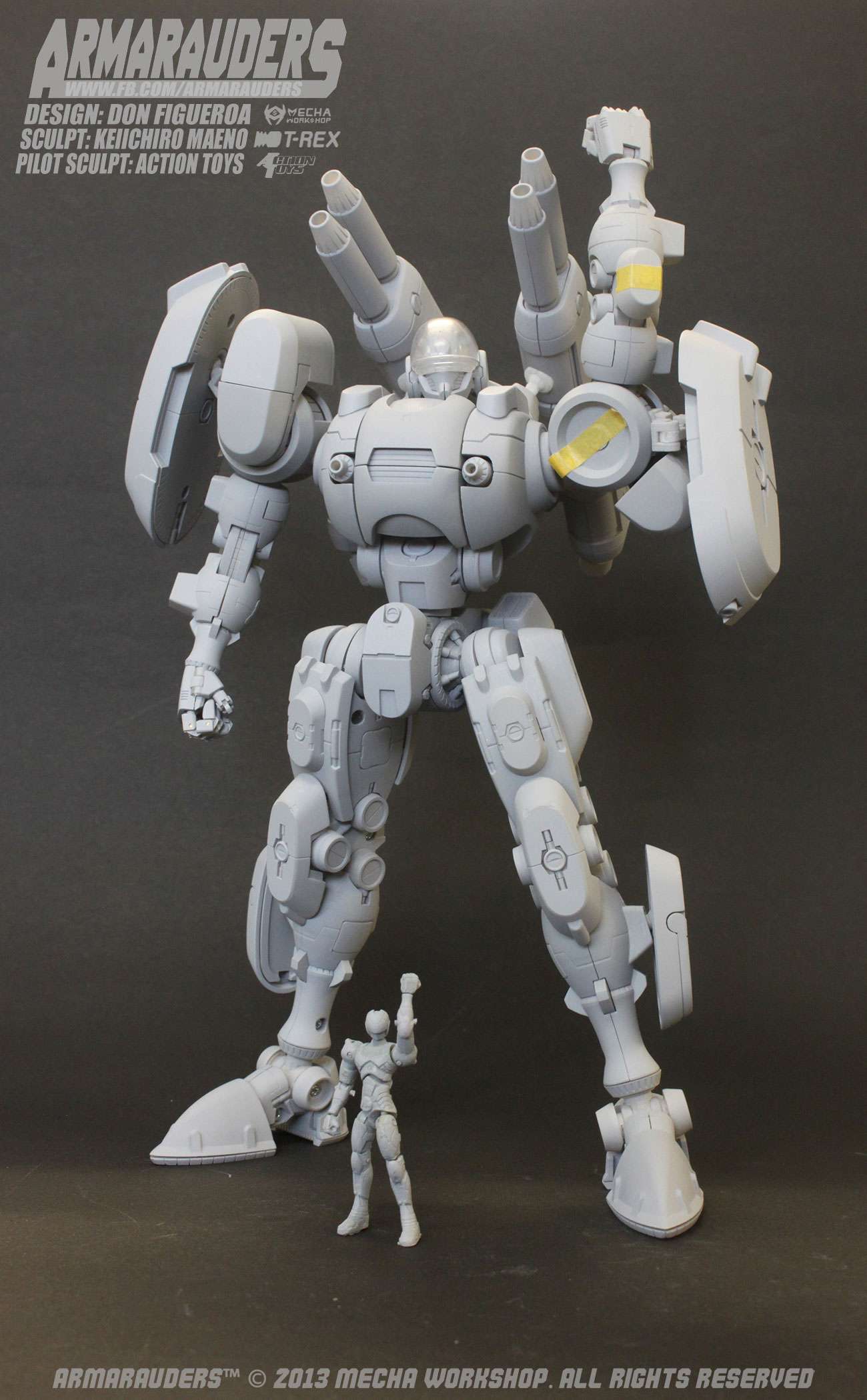 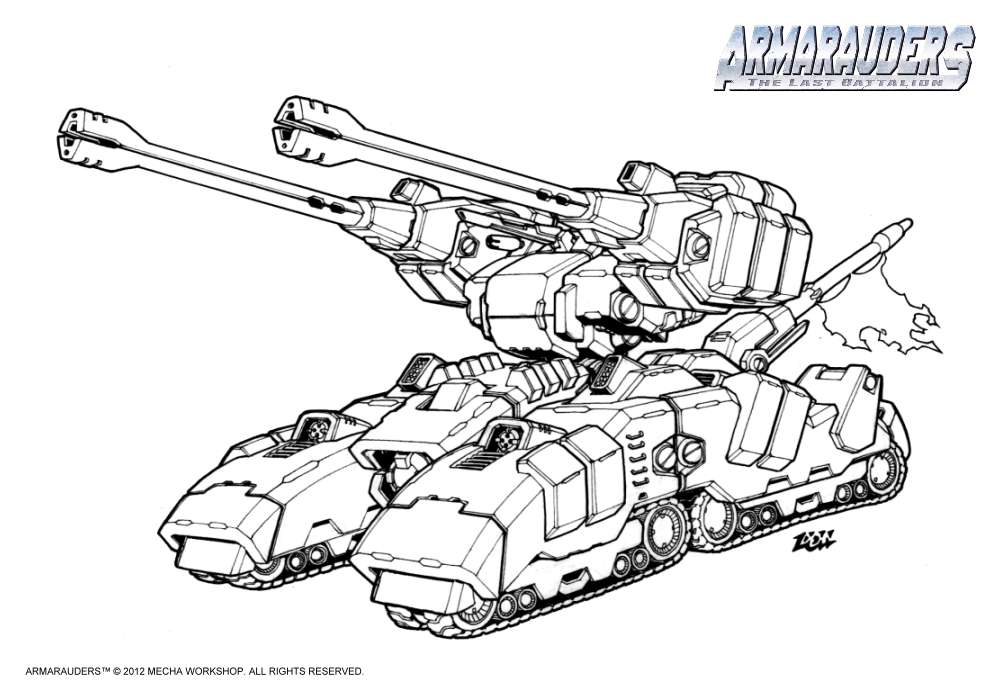 And then go to the downloads section where you can READ the first four issues of the comic book series FOR FREE:

The series was initially written by former IDW editor Dan Taylor and I’ve come on board recently. The next big storyline is a three-issue limited series written by me and drawn by former IDW artist E.J. Su called Armarauders: Shadow Front. It is a Black Ops-type story regarding some secret missions back on Earth and it takes place while the war still rages on the alien planet.

I’m having a blast working on this comic and I can’t wait until more readers get on board.

Saturday AM: You recently completed work on an important new documentary called Brave New Souls: Black Sci-Fi and Fantasy Writers of the 21st Century — what inspired you to create that? What is the film about? You have some heavy hitter talent–how did you get the likes of Erika Alexander?

Brandon Easton: Brave New Souls was created for many reasons – I wanted an increased focus upon new Black writers of speculative fiction whose works have generally been ignored or passed over by geek audiences. Right now, there’s never been a louder cry for diversity and diverse content from fans to the mainstream genre publishers, the graphic novel industry and the Hollywood entertainment complex and concurrently there’s a ton of excellent material out there specifically from Black writers that these fans are missing out on.

What really pushed me over the edge was when these Black creators would present their work on various message boards and Facebook groups and the very same fans who complained about the lack of diversity now suddenly weren’t interested in the material that the Black writers have produced. What we learned is that some Black geeks only want “blackness” validated by mainstream sources and don’t take us seriously without White folks first saying “this is cool.”

Many of the creators profiled in the documentary were people I knew of through various circles in New York City and Los Angeles. It was simply a matter of reaching out and letting them know what I was up to and then coordinating schedules. Fortunately for me, I happened to be on a promotional tour with Lion Forge Comics throughout 2013 so I was able to get to cities I normally wouldn’t travel to – nor afford. I made this documentary 100% out of my own pocket and it was one of the toughest things I’ve ever done in my life. I barely managed to complete the film but I’m glad that I stuck through it and got it done.

Saturday AM:  You went through digital distribution (Gumroad) for your documentary—is this something that you will offer on streaming services like Hulu or Netflix? How strongly do you feel about the digital world and its’ opportunities for those creators of color that you profile in your film?

Brandon Easton: I’ve submitted Brave New Souls to Amazon Instant Video and it takes about 60 days to cycle through their system. If my calculations are correct, it should be available around the end of September.

In the meantime, the documentary can be purchased via Gumroad for only $7.99.

The digital format already dominates commerce and entertainment. Children born after 1995 will never know a world without the internet or smartphones or interactive media. While traditional media still has its place, the digital format – especially for comics, music, literature and short films – is the best way to go if you want to build a new audience for the rest of your career.

Saturday AM: Congratulations on your Eisner nomination (for Watson and Holmes)! Given your incredible journey and success–what words of wisdom can you give our fans who wish to be writers?

Brandon Easton: Thank you very much.

If you’re serious about a writing career, you need to be aware of two things: 1) Nobody cares about you. 2) Nobody will care about you until you make something incredible and get it out there for people to see.

Too many aspiring writers are under the impression that their work is sacred or needs to be protected instead of aggressively marketing themselves and their brand to a potential new audience. When you become a professional writer you wear many hats and one of those is that of a marketing specialist. You have to take your time and create excellent material and when that’s done, you must learn how to aggressively market your work without coming off like a spammer or con-artist. It’s a delicate balance, but 100% necessary in order to get your career started.

Also, writers need to determine what kind of writing they wish to do – comic book scripts are not like writing prose; writing plays is not the same as short film scripting; if you wish to write a novel, then learn what that entails (structure, theme, dialogue); if you want to write poetry, then study the format as much as possible. So much of being a writer is based on doing research, countless hours of research and self-exploration. If you’re not willing to devote the time, then you’re not serious about being a writer.

I discuss this and so much more on my free podcast Writing for Rookies: http://writingforrookies.podcastpeople.com/

Saturday AM: Thanks Brandon!

WANT TO WIN A FREE COPY OF BRAVE NEW SOULS?

You will be automatically registered to win. You may tweet as many times yWe will choose the winner during this weekend’s SATURDAY Q&A w/ RAYMOND BROWN and DAVID YOON on our YOUTUBE channel.

Frederick L. Jones is the founder, publisher and janitor of Saturday AM. In short, he is the George Jefferson of comics.