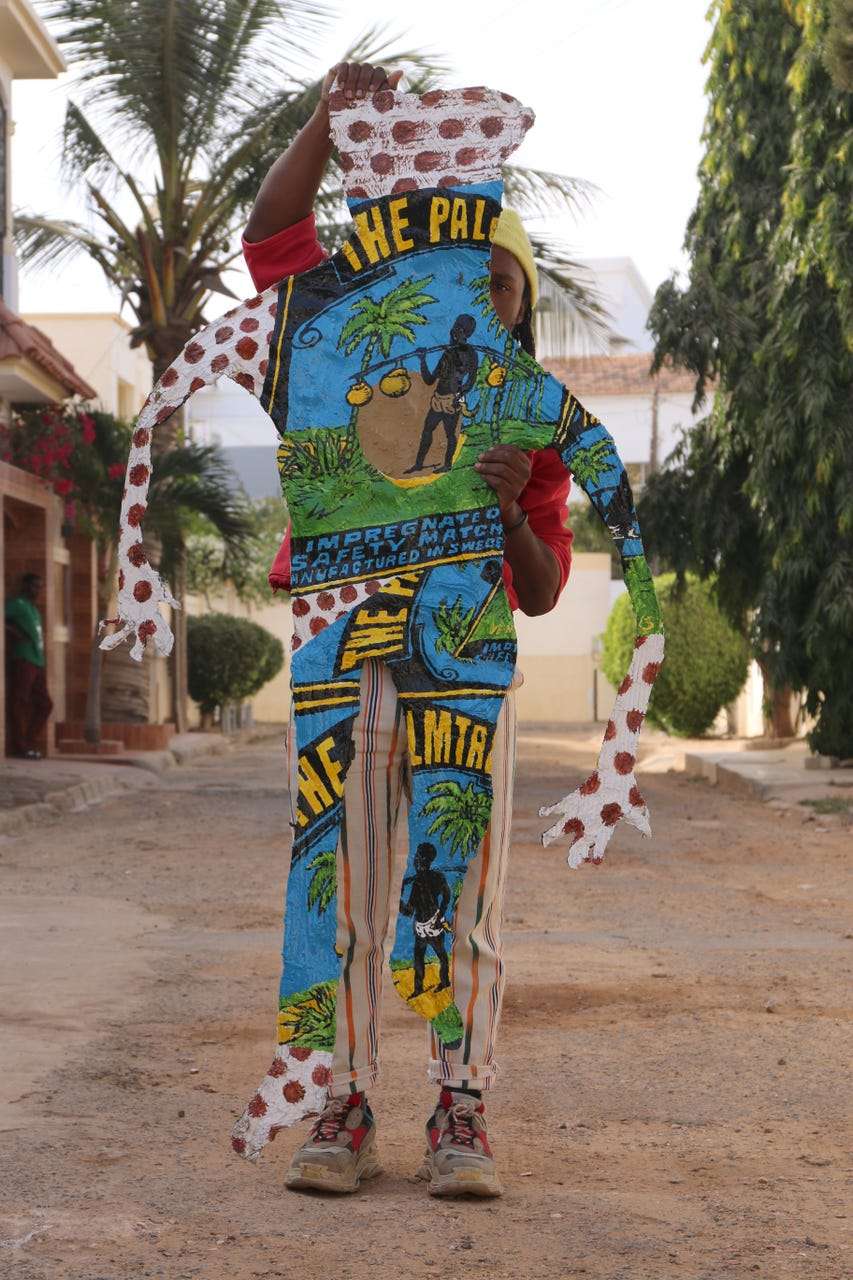 It’s interesting interviewing one of our very own. Hello! Thank you for being a part of Saturday-am can you be so kind as to reintroduce yourself?

You are a part of the big four whose getting their very first graphic novel after all.

Hey I’m Pap souleye I’m published in the pm seinin part of Saturday am. I think it’s so exciting that the graphic novels are coming. It’s so epic! I’m currently finishing my Mfa in sculpture at Yale. And I’m originally from Senegal where I grew up before I moved to the states.

How hard was it to write a story? I read you did it within a year which is really impressive. Would you say some themes in your story are survival, freedom, and coming of age?

Yeah it really was crazy! I linked into a part of my subconscious that had been growing since childhood. So it felt really natural to start the story and keep going. From the beginning the theme for Oblivion rouge was surrounded around neocolonialism, something I call bio spirituality and the collective consciousness. Wanted to build something that brought people together for the right reasons. In a sense it is a coming of age story, the lessons the world has to teach you or you must unteach yourself. 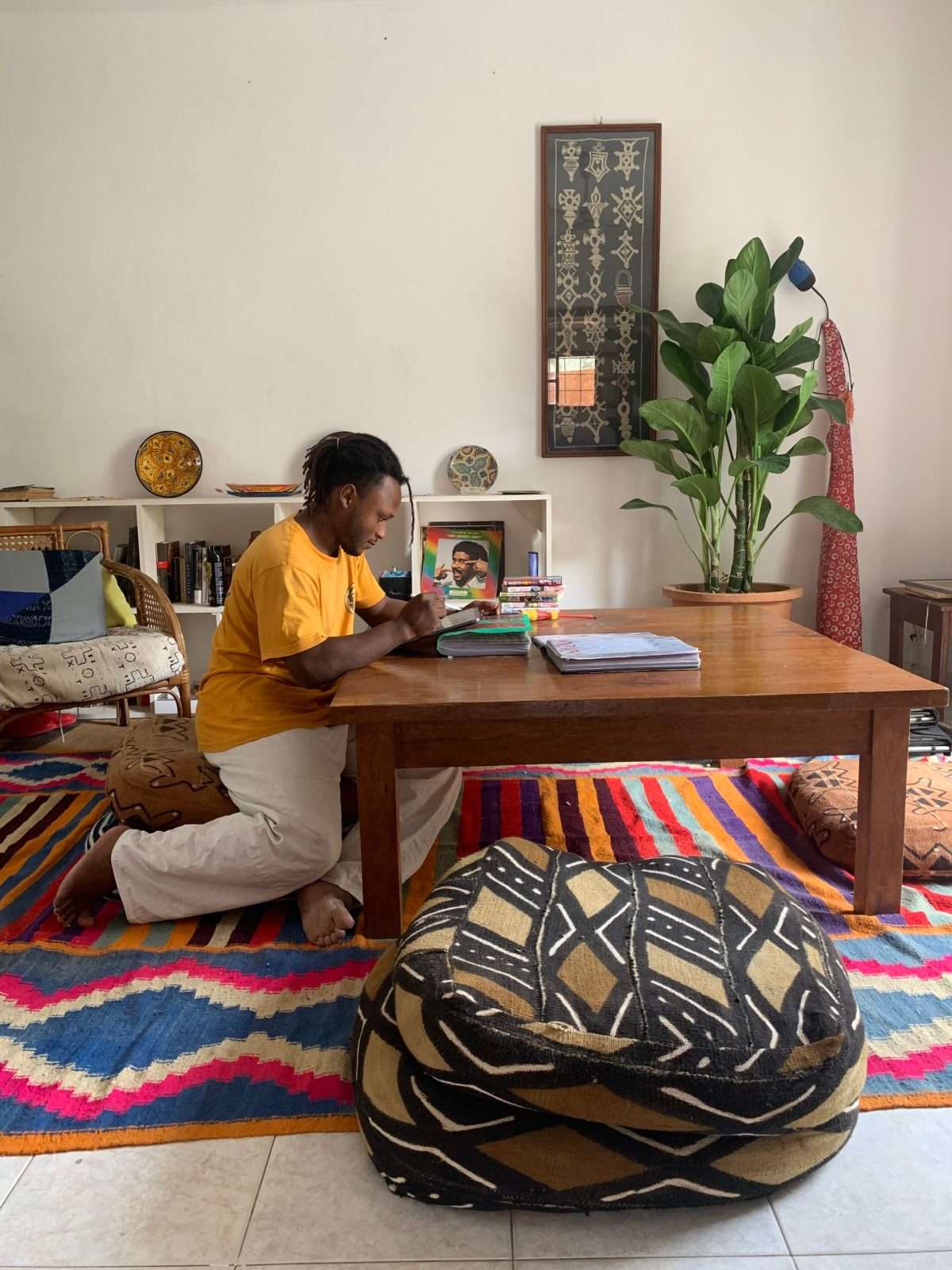 The use of shadow and depth gives your art an ominous feel. Is that what you are going for? What do you want people to interpret from your art?

Yeah I’m really into dark worlds. I think light and shadow are such a great way to convey mood. I’d like for my readers to feel the mystery and the depth of the world but also within the characters. I want people constantly looking further in and falling further into an abyss. As the story develops it’ll be exciting to see how far I push that visually and also with the story.

I do put my identity into my work. I am not only visually a black artist but the stories that I’m pulling from are rooted in my experiences and of the other black people I’ve either read about or know personally. So in a sense it’s not that I’m doing it to speak about my identity. I feel confident in my experiences as a black man in the world will funnel themselves into the work, I trust that it will.

That was ridiculous! I couldn’t believe that. It was so amazing to see in person. To be in Time square with all the people walking around made it so unreal. I think with the way OR has grown it’s so easy to dream! I would really like to do an animated series at some point long term wise. I also really want figurines like the Gundam ones, that would be so coool. And short term, I gotta finish this, it’s gotta get done. And I’m sure along the way there will be other opportunities that present themselves just gotta keep pushing. 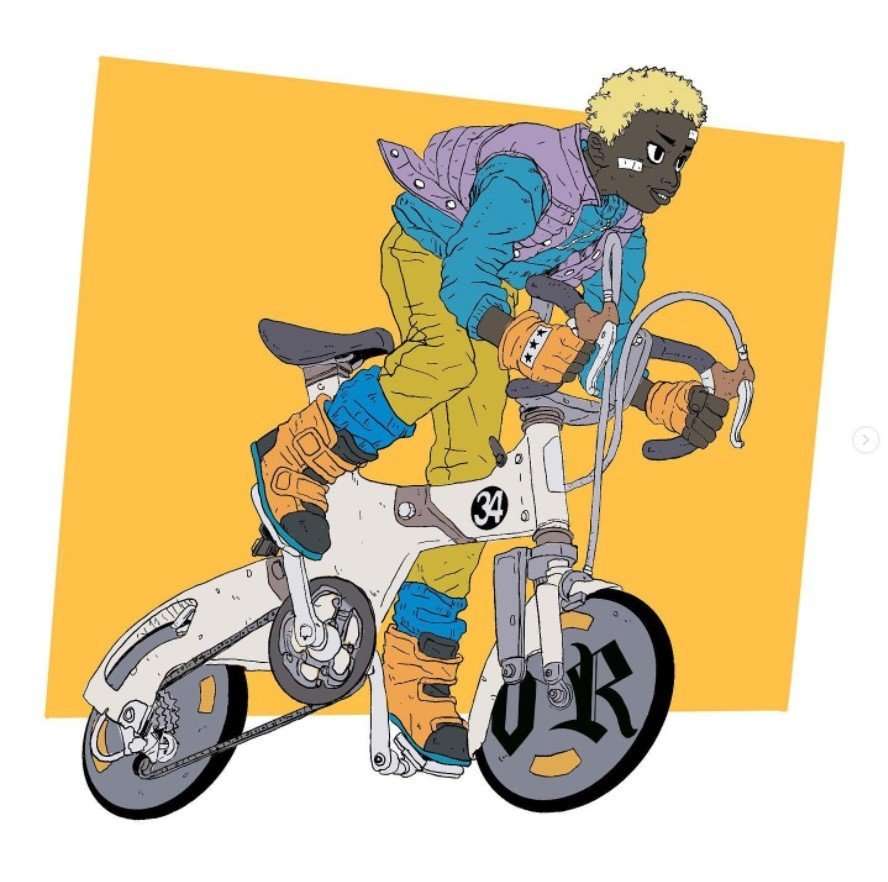 What are some inspirations? Can I guess Gantz is one of them?

Honestly I love GANTZ but it wasn’t an inspiration but I do love it so much. I have been recently looking into it more because no matter how absurd the world becomes in GANTZ it is still such a mundane story. So I’ve been taking a peek into how structurally he was able to achieve that without it getting lost in translation. But deep rooted inspiration is definitely Hayo Miyazaki. I’ve watched so many interviews about the way he writes his stories and I absolutely relate. In my writing practice like Miyazaki I like to build the world and story through imagery. I’ll write here and there to make links but most of the story is captured through illustration. He also talked about how his characters were pushing the story forward and I hope to achieve a similar impact with Oumi and others in OR. They are driven by love, ambition, hate, rage and it’s the driving force of their actions.

Being part of an artistic family did you feel pressured to follow an artistic path or was it just a calling for you?

I grew up in the arts so it just felt natural. I did theater and art when I was younger all the way to high school. I kinda just live it.

Can you give us an insight on what your day in the life of a comic artist is like?

Research research research. I’m always looking through old songs I used to listen to or have not listened to yet because I think there is so much emotion in music. Like a lot of hip hop if you listen to the lyrics they talk so much about who they are and how they feel. It’s an exercise I use when building characters. You can tell a or about a person based on the type of music they listen to.

I’ve never worked within a group quite like it! I’ve learned so much and I continue to learn. It’s hard I think for artists everywhere to find a community that is thriving like ours so I’m super grateful for that. So many great creators keep you excited and ready to go.

Can you give your newfound audience some advice on being an artist or pursuing an art career?

Take care of yourself. This is something I’ve been dealing with forever. You get into this headspace and you work 5 hours without eating and drinking, that’s gotta go. Keep yourself healthy. And also celebrate the little stuff, like Fred said don’t make the bad the enemy of the good. It means don’t think that you have to make it perfect the first or every time. It took at least three versions of OR before what we have now. 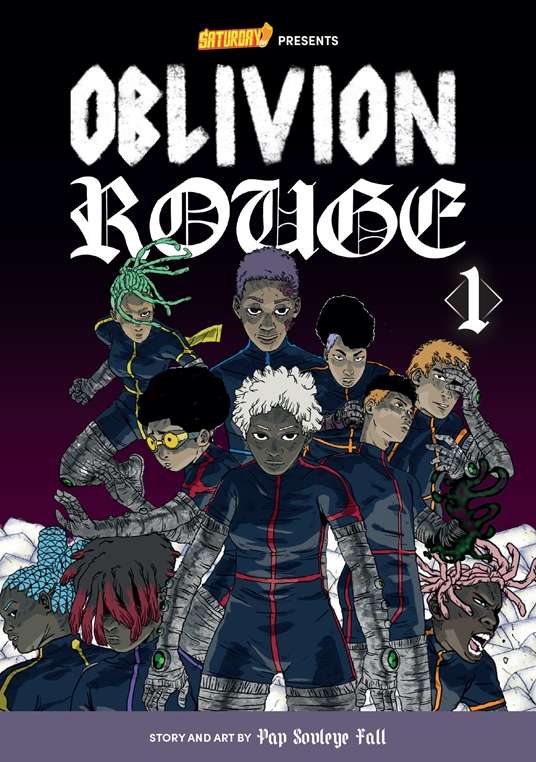