Welcome fellow readers! Meet one of our four graphic novelists, a woman who brings more heat than the muffin man Seny! We sat down and got the scoop on her graphic novel Saigami, thats coming to a store near you!

Can you please introduce yourself and the concept of your graphic novel?

Hi, I’m Seny (she/they), born and raised in Hungary and I’m a freelance comic artist and illustrator. I joined Saturday AM back in early 2014 as the first female creator of the brand and brought Saigami on board to the magazine.
Saigami is a fantasy isekai story, following a young girl, Ayumi, who one day receives a mysterious letter from her estranged father and ends up in the magical world of Aesztrea. In this new land filled with unknown creatures, dragons, and people wielding supernatural powers known as Saigami, Ayumi will set out on a journey to find answers for her questions, and along the road she’ll find herself as well. 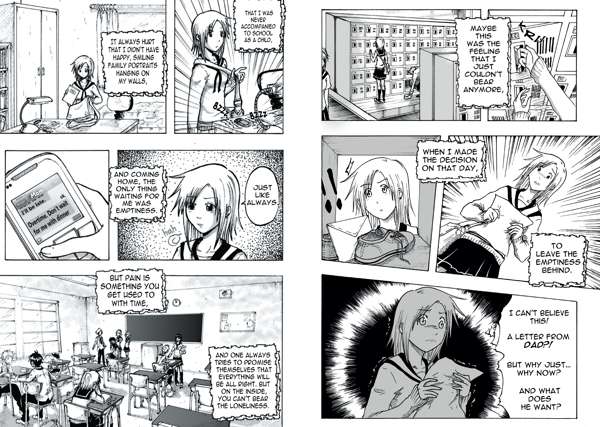 What’s it like having your graphic novel first published?

I’ve had short stories published in print before back in Hungary, but this time the volume’s gonna be released to a much bigger audience and on a much bigger scale, so that’s very exciting! Unlike many other creators, getting an anime or other adaptation was never my driving force. My goal was always to get my stories in book format, and reach an audience who can find my stories inspiring and relatable. With this book, I feel like I’m getting closer to accomplishing this, and I’ve learned a lot that I’ll use on the path to become a better creator.

How does it feel to know that readers may able to learn about you and your book on a shelf?

Exciting! The previous iteration of Saigami volumes were selling out at conventions so I’m hoping that the same can be true for bookstore presence as well. Of course, the competition on the shelves of bookstores will be much bigger, but I’m sure there are many out there who’ll feel drawn to this story. Be it people who are similar to Ayumi, looking for themselves, or people who just wish to read a fresh, lighthearted take on a fantasy isekai focusing more on depth than overdone tropes – I’d like to believe Saigami has a lot to offer for a wide range of people who wander in bookstores looking for their next favorite books.

How long did it take you to complete the first volume?

The original volume was drawn between 2013 and 2015 with some breaks here and there. But for this new iteration, we made some changes, and several of the pages were modified and reworked, as well. This last part was done in just a few months.

How much research went into formulating your story? Can you tell us some mythology or history you’ve used?

Given Saigami is a fantasy story with a soft magic system and all, there hasn’t been as much research done. Inspiration taken for it? Now that’s a different question. Many elements of the story are inspired by the environment I grew up in, the part of Europe I’m from, and all the stories I grew up with told by my family and elders. Stories of war, rebellion, and oppression, but also the inspiring stories and fables of heroes, legends, and fearless people. There’s a little bit of this and that in the story, but there’s no focal element of mythology or history that the story is based on.
When it comes to the art and world building of the story, there’s a lot more on that front. The town of Zaosz is largely based on my hometown Pécs, and several locations in Saigami took inspiration from European towns and sights.

What was the most difficult thing about writing this story?

For this new release I think the hardest part was going back and changing things in a way to make them seem planned, even though they were never part of the original vision. Some changes were easy to make and I love how they change the story for the better, while other changes were more like twisting an arm, and it was a challenge to accommodate them while still keeping the essence of the original tale and characters.

You can PREORDER volume 1 here: 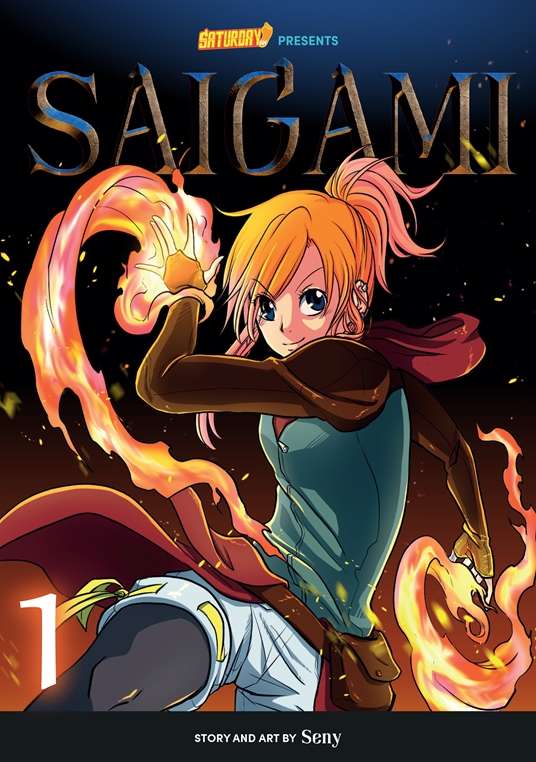