Welcome fellow readers! Meet our second batch of graphic novelists, Tony Dawkins creator of the smash hit Titan King. Yugi-oh and Pokemon fight it out in this action packed story. If you’re hyped for this graphic novel, look forward to seeing it in a bookstore near you!


Can you please introduce yourself and the concept of your novel?

Hello, I’m Tony Dawkins the writer and illustrator of Titan King, a story about an intergalactic monster tournament fought by warriors from across the stars choosing Eli Santos of Earth as their newest competitor. Now abducted from his world and joined together by Rexleo, a mighty Titan, he must fight the competition to win this game and return home. When I’m not doing Titan King, I’d say I’m a pretty chill dude who works a lot as a fire sprinkler technician and tries to fit fun in whenever he isn’t working lol. 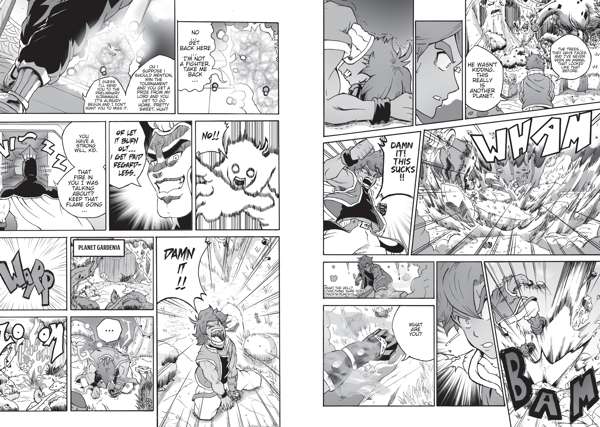 While this isn’t my first published book of all time, it’s the first to be published to this large of a scale and not by myself. It’s super exciting and a testament to the work that everyone behind the book has done. I couldn’t be prouder.

How does it feel to know that readers will be able to learn about you and your book on a shelf?

It’s nerve wracking yet surreal at the same time. I love the fact that I can walk into a store near me and see my name on a shelf as it’s such a cool feeling to know you’ve reached a certain level. That said sitting next to so many awesome titles I’m curious to see how many new readers Titan King stands out to!

How long did it take you to complete the first volume?

The first volume took about 3 or so years to complete in the initial version. However with this new version as you’d imagine it was a lot quicker already having a skeleton, so working out some of the kinks and new art took around 4-5 months.

How much research went into formulating your story? Can you tell us some mythology or history you’ve used?

A lot of research went into Titan King. While I’d say Greek and Roman mythology probably influenced Titan King the most, many other mythologies such as Japanese, European, Norse, and others have also been incorporated into some of the worlds and Titans in the story.

What was the most difficult thing about writing this story?

I’d say the hardest part about writing this new version of the story was having to change some of the narrative points to better fit the plot and make it more exciting while still staying true to the story that was being told. It was a tricky balance but I’m ultimately proud of what we managed to produce.

You can PREORDER volume 1 here: 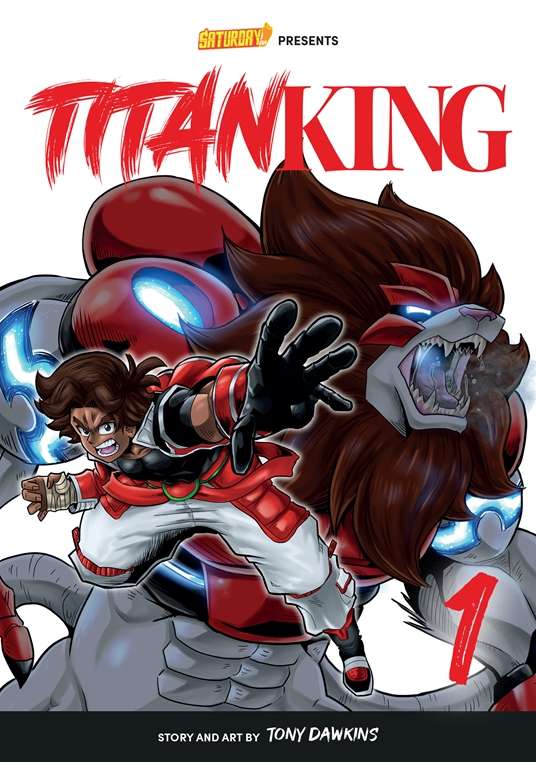