Young sorcerer and prophesied savior, Sano, continues his quest by attempting to uncover and protect the secrets behind his father’s research on the immense power known as Apple Black.

Many years ago, humans acquired fruits called “Black” from a tree that descended from the skies, which turned humans into sorcerers. Although all of Black is now extinct, humans still have sorcery inherited from their ancestors. Blessed by “Merlin,” the god of sorcery, with the Arodihs arm, Sano, a young sorcerer, is raised and trained in isolation and secrecy to be the world’s savior known as the Trinity. The savior is believed to be the one who dawns the Infinite Night, an eternal night of chaos.

Sano gets a fiery start after being admitted to Black Bottom Island’s guild for young sorcerers with his newfound freedom from isolation. As his fellow gifted allies and sorcerers accompany Sano on his quest, the treachery, betrayal, and evil that have plagued nearly all of Eden emerge again to threaten the world. With his visions offering him a darker path, Sano seeks to find those responsible for his loss and walk a path away from revenge but rather one towards forgiveness to find closure. Ridding Eden of the Infinite Night will require him to uncover the secrets behind his father’s research on fully rejuvenating the effects of Black in bloodlines with the immense power known as Apple Black.

Opal Wantmore, another young sorcerer, must find a misplaced tourist amid Black Bottom Island. Unfortunately, it’s under attack by a deadly division of rebels from Gideon Banburi’s rebellion. These terrorists seek to collect Apple Black research and to leave the country in ruins. But nothing would be better than to capture Sano, the Trinity himself! The siege is led by Prince Ceazar Ashokahn, who has his own motives for wanting to scorch Black Bottom Island off the face of Eden.

Apple Black is rated T for Teen, recommended for ages 13 and up. 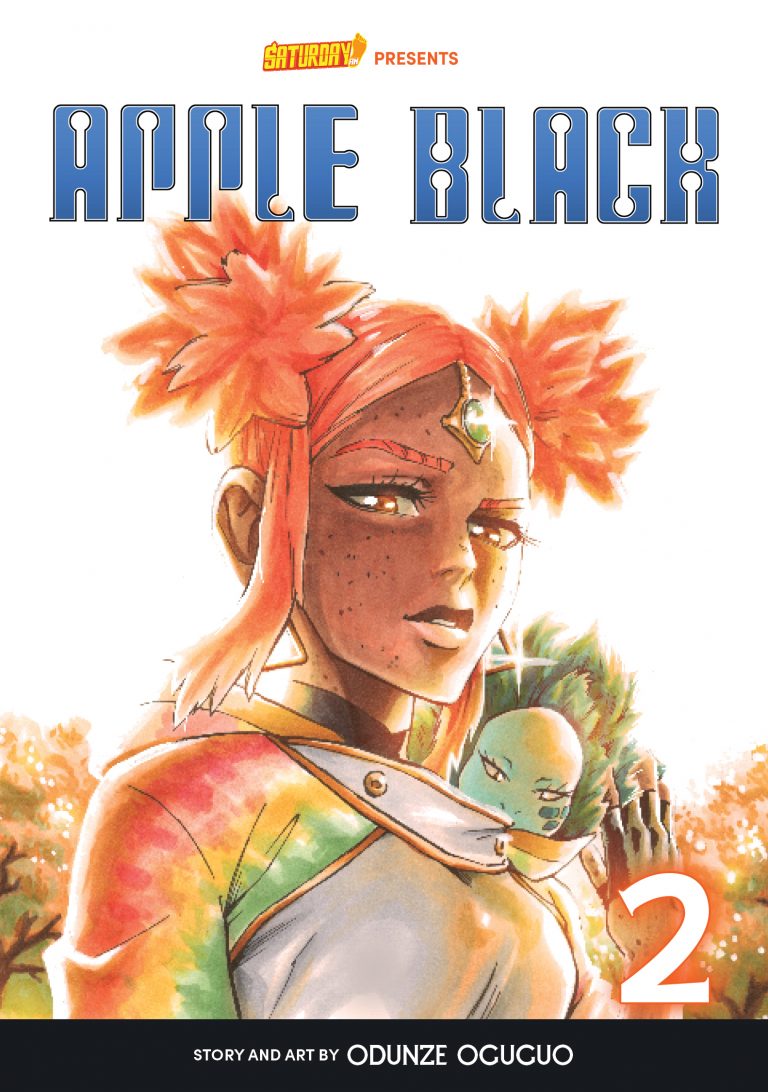