Could you follow your dreams if the whole world was against you? Gunhild dreams of becoming a real-life god, and everyone everywhere thinks it’s a terrible idea made up by a petulant twelve-year-old.

In the world of Norse mythology, humans revere the mighty gods and fear the mystical, nature-wielding Jotuns, and Gunhild is a fire Jotun. Abandoned by her own kind and raised in a human girls’ orphanage, Gunhild wishes to prove to her peers that she’s more than a little troublemaker. Every step of the way, it becomes clear that Gunhild must fight for what’s right and follow her own sense of justice, seeing as no one else will fight for her.

Gunhild’s quest leads her to meet all the famous gods she’s heard about in schools, like Odin and Thor, though the one she’s most interested in is the mischievous Jotun god Loki, who’s chained up in a cave hidden in a location known only by the gods.

Her travels lead mainly to many foes, but a few enemies become friends, persuaded by Gunhild’s unwavering determination and burning passion for her own cause. Being a tiny Jotun against a big, powerful world, Gunhild must fight smart and learn a trick or two from Loki to earn the title of godhood.

Certainly, Gunhild will stop at nothing to forge her own fantastic path and make her dream come true. 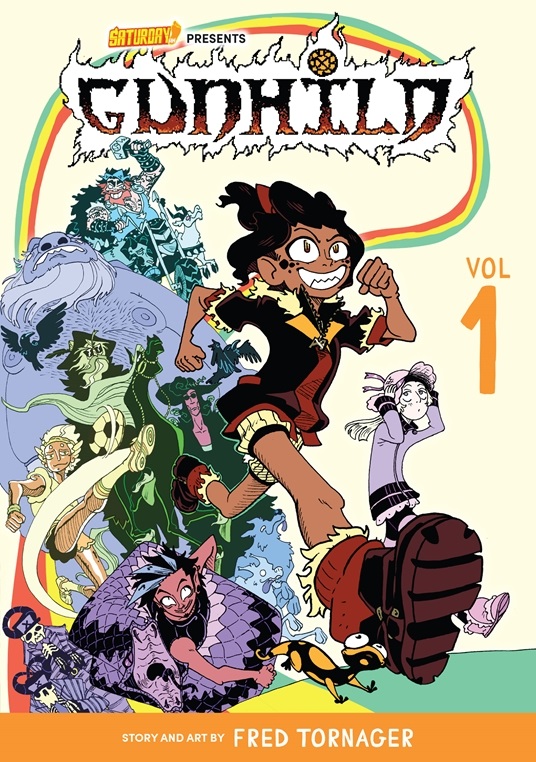