In Hammer, Volume 3, our hero Stud has teleported to the Jungle Kingdom. After finding an ally from a previous adventure, his bag is stolen. Will it soon belong to Brutus Elephante, the Jungle King?

Soon after Stud arrived in the Jungle Kingdom, he was discovered and reported to the king as an intruder with Kingdom Maps, the most important treasure King Elephante had been looking for. Now with a target on his back, Stud continues searching for a way back home with an ally, Brymm, who has a strange request: she needs help saving her kingdom in the future. She continuously asks Stud, who can’t help because he’s trying to get back home.

However, once Stud’s bag is stolen from him while he’s having a vivid dream about his parents, he’s fearful of losing it forever and tries to retrieve it. Stud quickly realizes he can’t get it back by himself and enlists the help of Brymm, who still has an urgent request of her own.

Hammer is rated Y for Youth, recommended for ages 10 and up. 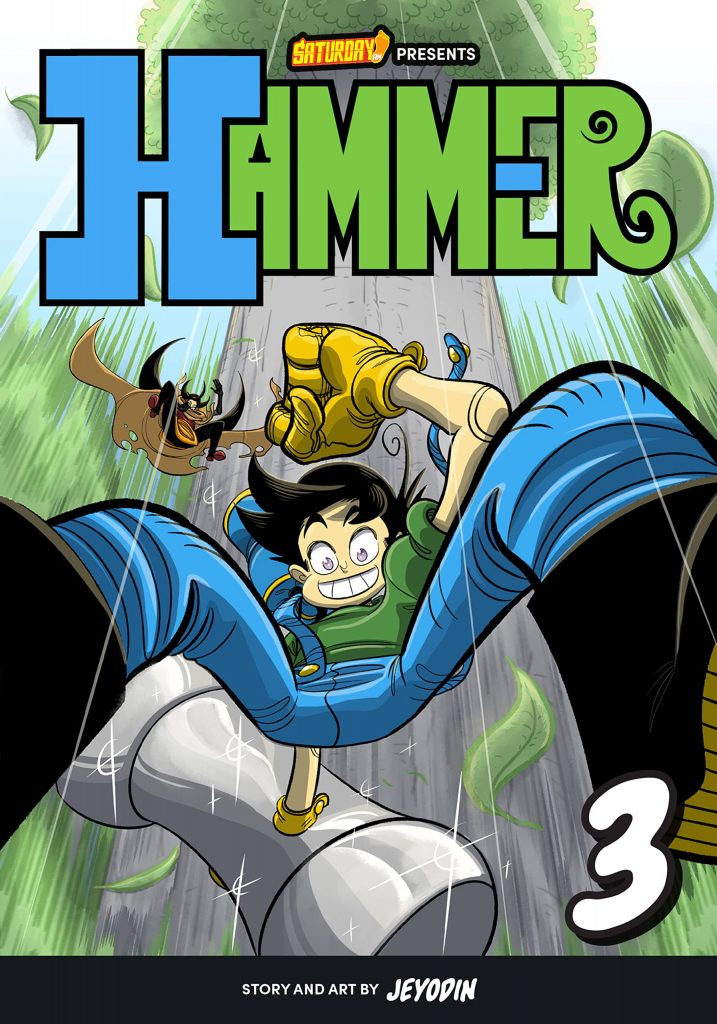